The Rich and the Poor 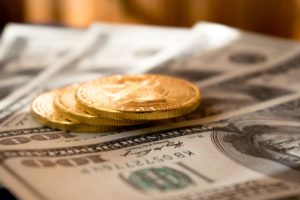 Jesus delivers “blessings and woes” to the rich and the poor in Luke 6:20-26. The woes are for the rich. Jesus didn’t give a nod to the rich people who were merely hard workers or well-meaning. He didn’t take the time to differentiate between those who were abusing their privileges or not.

Jesus delivers blessings to those in need and these “woes” to those who have enough. Why? Why paint all of the rich and powerful with a broad brushstroke? Certainly, they’re not all bad people. What about the poor? Are they all good people? Why are they all given a blessing? Some of them are probably poor because they’re lazy. They might be earning six figures begging for alms. These poor people might be using those alms to buy wine.

This text is referred to as the Sermon on the Plain. In my experience, it hasn’t had nearly as much air-time as it’s more popular counterpart, the Sermon on the Mount (Matthew 5:1-12). Could it be because this sermon goes a step further and includes “woes” that are directed toward the rich? In this context, the rich also happen to be religious leaders.

I see other aspects to this text that make it more difficult to preach on. The Sermon on the Mount focuses more on attitudes. Luke’s account sizes people up based solely on their need. These blessings and woes are the kinds of hot-takes you see on Twitter. They might not fit neatly into a three-point sermon without offending your financial “givers”. So, what is being conveyed in these verses about the rich and the poor?

Similar to the sermon in Matthew, these blessings and woes kick off a bigger talk that addresses other issues. This sermon follows two events where Jesus is questioned by the religious leaders. In one instance Jesus picks grain on the Sabbath because he and his disciples are hungry. In the second instance, he heals a man’s hand on the Sabbath. We can see that the way these religious laws are upheld creates an undue hardship for the poor and marginalized.

The Rich and Powerful Make the Rules

This is the bigger point. Often when there are rich and poor co-existing, the rich are the people in charge. Too often the rules protect the riches of the rich. This was happening in the first century and it still happens in the 21st century. As a “religious leader” who lives in a rich country, I sit up and take notice. These woes are written in the second person, plural. This means these woes are for the community of rich people, not individual rich people who are abusing their power. It’s not good enough to say not all men, not all police, not all churches, not all white people… If we are part of a category of people who are abusing power, it’s our obligation to do whatever we can to address or end that abuse.

The religious leaders and the government of that day chose to deal with the problem by saying there is no problem. They focused their efforts on silencing Jesus.

I have so many concerns, I see so much inequity, I don’t know how to address it all. I don’t know if I’m speaking into the wind. Social media “whataboutism” makes addressing these concerns seem futile.

Two Places Where I See Inequity

We are wrong to make our comfort the higher priority over the welfare of immigrants and asylum seekers. I read an article by James Dobson where he purports to set the record straight. It read like a propaganda piece, naming good things the right has done and bad things the left has done. The bottom line was that the needs of immigrants would negatively impact our country. Dobson claims it’s a “wave of poverty that will take us down”. This justifies the squalor in which we’re imprisoning these people. In this situation, we are the rich and the immigrants are the poor–regardless of how your income compares to your neighbor’s.

Our mass incarceration practices have skyrocketed because we’re creating reasons to charge and imprison more people. These laws and sentencing are levied against the poor and people of color to the fullest extent. The rich or influential caucasian receives a reduced sentence if any at all. In this situation, we are the rich and the imprisoned are the poor–regardless of how your income compares to your neighbor’s.

How Do We Respond?

These are just two of many issues in which people are oppressed and we as a country justify that oppression. We need to pause and take these words in Luke seriously. Over and over in the scriptures, God shows up as the defender of the poor and helpless.

These words in Luke were spoken to the community, not to individual abusers. Keep in mind the demographic “communities” to which you belong as you read these words.