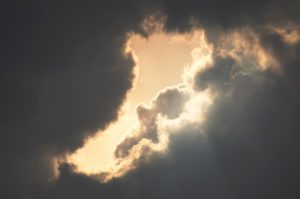 Up until this point his father, David, was the second king Israel had and David was the greatest. He was victorious in war, the people loved him, and he rose to greatness from humble beginnings. It was a rags to riches story and here that story ends. Solomon was chosen to be the next king. He probably felt like he was living under a very large, successful shadow. David was “a man after God’s own heart”—those are big shoes to fill.

There was a lot of good and a lot of bad that happened during David’s reign, but one consistent good thing we read about is how important worship was to David. When the ark of the covenant was rescued David danced with the people. David had the idea to build a temple so that God would have a permanent place of worship among them. One way to get out from under someone’s shadow is to intentionally be different from them. This could be how Solomon ends up making a habit of worshiping God in the place where people of the other religions are worshiping. This should have been punishable, possibly even grounds to disqualify him from being the next king. It’s tantamount to breaking the first two commandments.

When God appears to Solomon in the dream, he doesn’t start with punishment, retribution, or a lightening bolt. There’s not even a mention of Solomon’s questionable worship practices. Like the parable of the shepherd who leaves the 99 sheep to find the one that wandered away, God meets Solomon on the hills where the other religions practiced their rituals.

God offered Solomon an extravagant gift—anything he wants will be given to him. Solomon replies by telling God about the faith of his father before making his request. Maybe Solomon believes he’s living in David’s shadow even as he responds to God or maybe he feels like his worship practices won’t give him enough cred with God for an offer like this, even though God initiated this encounter. Solomon asks for wisdom so that he can govern well. God blesses Solomon’s selflessness by telling him that he will also receive the things he didn’t ask for: wealth and honor.

God meets us all where we are. You may be breaking from tradition, you may not be in the ideal place, but God meets you where you are right now. Look for the areas in your life where you sense God’s love. What question do you think God is asking you? How will you respond?