February 16, 2019 by MelisaB · Comments Off on Rejoice in Answered Prayer 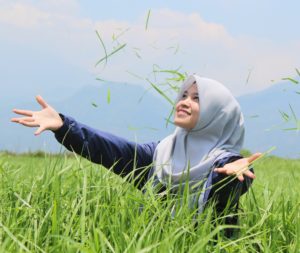 Luke records part of the visit between Mary and Elizabeth including Mary’s song. There are many themes in this text. Here I’m looking at the extraordinary experience they share in their pregnancy. Perhaps this was answered prayer for Elizabeth, whereas for Mary it was more of a surprise. God saw them both. They were given the great responsibility to raise a child who would make a difference.

It’s hard to know how much they perceived about what their children were chosen to accomplish. The angelic visitation, which Elizabeth didn’t get firsthand, would indicate that this was more than just a blessing of a child (during an era when having children was a measure of a woman’s worth). Mary received more information in her visitation, and Luke tells us she pondered these things in her heart.

What seems clear to me in this passage, is that Mary recognizes that the experience she and Elizabeth are having, recalls the experience of Hannah. Hannah, like Elizabeth, couldn’t have children. She begged God for a child because in her society, not being able to conceive was perceived as God’s judgment. As part of her request, Hannah vows to dedicate her child to service in the temple. God answers Hannah’s prayer. On the day she brings her son Samuel to the temple she sings a prayer, which is similar to Mary’s.

It’s possible that Hannah’s prayer (1 Samuel 2) was passed down through the generations as a song. There are also similarities in Mary’s song with the prophetic writings of Isaiah 40 and 61. The similarities in her song are likely intentional on Mary’s part. This would mean that Mary is a student of Scripture. She was able to create a song using multiple passages relevant to her and Elizabeth’s situation. This would have been unusual for a woman in this society. This speaks to the kind of woman that God chose to be a mother to Jesus.

What are the overlapping themes in Mary’s song and Hannah’s prayer? Hannah starts out exclaiming, my heart exults in the Lord. She talks about how the powerful and arrogant don’t need God, but that God provides for the weak. The rich have food but God feeds the hungry. Hannah sings about God’s power to exalt people or bring people low. Isaiah 40 repeats this theme poetically by saying the valleys will be brought up and the mountains made low. This text references the strength of God’s arm in verse 10 and goes on to compare the powerful and the weak in verses 23-24. Isaiah 61:8-10 also repeats these themes using language very similar to the language Mary uses in her song.

So the songs are similar, why is this important? Mary and Elizabeth are sharing this moment of joy. Later in their lives they will both share the grief of losing a son. They were aware of the prophetic role their sons would live—John as prophet and Jesus, who fulfilled the roles of prophet, priest, and king. Historically the prophets weren’t received well. This awareness gives Mary and Elizabeth context and the ability to prepare their heart for the events to come.

God saw and chose Mary and Elizabeth. Mary knows that she is humble and recognizes the truth of the Scriptures that speak of God defending the weak.

Life can get discouraging when rulers wield their power in a domineering way. Are you weak and in need? Do you have power? How can you recognize the humble people around you and be an answer to someone’s prayer?