The Peace That Transcends All Understanding

February 13, 2019 by MelisaB · Comments Off on The Peace That Transcends All Understanding 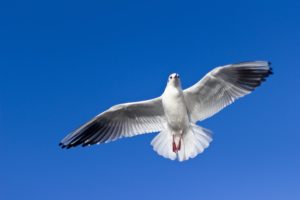 There’s a lot going on in this letter to the Philippians. I think it’s worth a brief overview, because some of the issues being addressed here are universal. If we cherrypick the nice sounding verses, we miss the depth of what Paul’s asking this church to do.

At the time of this letter Christians were being arrested and put to death for their faith. Paul started this church, but some time has passed and he hasn’t been there. He’s most likely writing this letter of encouragement from jail. The two women Paul mentions in this letter, Euodia and Syntyche, were his co-workers—they worked alongside him when he started this church. He finds out these women aren’t getting along, their disagreement is significant enough that Paul hears about it from another city. He’s asking the church to help them work it out.

Paul mentions the peace of God in verse seven. This church probably doesn’t feel like peace is possible if two of their founding members are in conflict. This is possibly the most relatable part of this text. Disagreements happen all the time. People disappoint us and make us angry. It’s easier to just avoid the people we disagree with because that can feel like peace. Don’t get me wrong—sometimes moving on is the only way to move forward. It takes wisdom to know the difference between a toxic relationship and one that can be salvaged. I believe this text is talking about a strained relationship that can be restored.

Disagreements are the reality of being human alongside other humans. Being a Christian doesn’t take that away. It’s hard to work out our issues the way Paul is encouraging these sisters to do. Out of context it can sound like a simplistic answer. That and the admonition to “be anxious for nothing” which I wrote about in Worry: Not Allowed.

I usually hear the phrase, “Rejoice in the Lord” by itself and I forget that its context is a time of turmoil—both inside and outside the church. It’s a good reminder that it’s possible to find a way to still rejoice even in the middle of conflict.

Paul isn’t condemning these women, he’s pleading with them to get along for their own sake. He cares about them and their relationship. Paul is giving them practical advice on how the whole community can share the same vision. Something to note: the Greek word for rejoice used here is plural. Paul is suggesting that the community rejoice in the Lord together—and this will build up the community.

God’s peace isn’t like the world’s peace—it’s not a peace that requires agreement. God’s peace doesn’t require a lack of conflict. This is why Paul refers to it as a peace that surpasses, or transcends, all understanding. It brings us joy and calms our anxiety even in the middle of our disagreements, conflict, and danger.

Where do you need peace? Can you find a way to rejoice in God’s goodness within community as a way to find your strength?