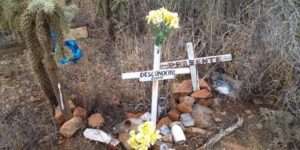 Do you ever wonder if there were scribes and Pharisees hanging around at the fringes who weren’t abusing their power? I wonder how they felt when Jesus said things like,

“The scribes and the Pharisees sit on Moses’ seat; therefore, do whatever they teach you and follow it; but do not do as they do, for they do not practice what they teach. They tie up heavy burdens, hard to bear, and lay them on the shoulders of others; but they themselves are unwilling to lift a finger to move them.” (Matthew 23:2-4)

Why is Jesus speaking so categorically? Why is he lumping in the hard-working, caring-for-people Pharisees with those that are abusive and out of control?

We know some Pharisees did eventually follow Jesus. Nicodemus had sincere questions…that he asked Jesus secretly, at night, in all likelihood so he wouldn’t be ostracized by his peers. Then there’s Joseph of Arimathea, another Pharisee follower of Jesus—a Pharisee-Ally, if you will. He donates his tomb for Jesus.

So why doesn’t Jesus throw more caveats in his interactions? Why doesn’t Jesus get really specific about who is abusing their power when in the Sermon on the Mount he says, “for I tell you, unless your righteousness exceeds that of the scribes and Pharisees, you will never enter the kingdom of heaven”. Certainly not ALL Pharisees were phonies. Not ALL were harassing Jesus. Where’s the equity in how he challenges his listeners?

Jesus isn’t equitable because he’s entering into a situation that has not only been inequitable for generations, but is overtly oppressive to some. The societal situation is not oppressive to the “good” Pharisees, it’s oppressive to the people Jesus is addressing. The lower class people were oppressed by Rome and oppressed by their own teachers. Their lived experience involved following many rules, purchasing annual sacrifices, and one misstep could get them ostracized or killed. There probably were Pharisees that weren’t participating in this injustice, but they also weren’t using their position and power to help the oppressed. The true words of Jesus aren’t “reverse-oppression”, these good people are also receiving a challenge.

Jesus uses categorical language to encourage a helpless people because that matches their experience. The Pharisees who silently disagree with the system are invisible to the abused. The people only interact with the abusers. So, to the oppressed people, the category of Pharisee is synonymous with the “ruler that puts heavy burdens on their shoulders”. Jesus is meeting them where they are and acknowledging their experience.

Do This and You Will Live

Jesus also meets sincere teachers where they are. When Jesus asks a religious teacher what the greatest commandment is, the teacher’s answer is met with the affirmation, “you have given the right answer; do this, and you will live.” (Luke 10:28) However, systemic injustice is an important issue to Jesus. Whether the sincere teachers know it or not, they are part of a bigger system that is harming the weakest members of their society. Being on the “inside” offers them a unique opportunity to be an agent for change. Having that opportunity makes “do no harm” not good enough.

Attempting to be an agent for change will also make them a target. Identifying with oppressed people can irrevocably move you into their camp and so it is a weighty decision. We see this after things start to heat up in the Gospel of John when the Pharisees are trying to get Jesus arrested after a confrontation:

“Nicodemus, who had gone to Jesus before, and who was one of them, asked, ‘Our law does not judge people without first giving them a hearing to find out what they are doing, does it?’ They replied, ‘Surely you are not also from Galilee, are you?’ ”

Nic has the right idea here.

Systemic oppression is as old as civilization, but we live in an era people raise their voices to demand justice. There are people who see and disagree with various kinds of oppression. Some scramble to make sure everyone knows they’re not participating in it. I believe this comes from a general atmosphere in our society of needing to be exonerated from blame instead of fixing the problem. This is a different systemic issue, but when we fixate on who specifically is to blame, it detracts from the greater injustice: there are people who legitimately wonder if they’ll return home at the end of a normal day.

Let those of us who can, follow in the footsteps of Nicodemus. He didn’t take issue with the harsh and condemning words of Jesus to the abusers. Instead he risks his standing with them and attempts to be a part of the necessary change.

All scripture quoted is from the NRSV translation.