Nerve Damage in the Body of Christ

April 30, 2019 by MelisaB · Comments Off on Nerve Damage in the Body of Christ 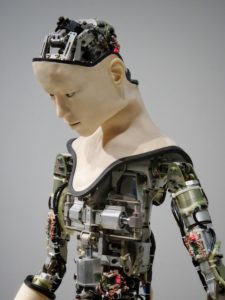 If there’s one word that describes the Christian church the least, it would be the noun “unity.” This unfortunate reality seems to stretch all the way back to the earliest iteration of the Christian church. This lack of unity is the basis for Paul’s well-known metaphor, that the church is like one body. He creates a picture in which everyone can relate because we all have bodies. He’s appealing to them to see their relatedness because the Corinthian church had a variety of divisions.

One of the ever-present barriers to church unity is the unspoken (sometimes spoken) expectation for uniformity. When other Christians believe or behave differently than us, or when other churches apply the Biblical text in a way in which we disagree, we’re all too eager to charge them as fake Christians. The conversation ends when we do this. There are times when we need distance. Sometimes the toxicity is so thick that we have to care for our own health. I’ve had to do that. Generally, the distance we create in the church is over the need for correct beliefs.

Many times we simply hang around people who practice the faith like we do because it makes sense and it’s comfortable. Churches also carry our various rich cultures from one generation to the next. We wouldn’t want to lose those traditions in favor of one neutral practice. That would be uniformity as well. So what does unity look like?

Let’s set aside the analysis of all the reasons the church self-segregates. It should still be possible to have different roles in society, a different look and feel and still have unity. Let’s look at the body metaphor itself.

How Does a Real Body React?

When my son was three he graduated to a twin bed with no rails. One night I woke to the sound of him crying. In my half sleep state, I believed he had fallen out of bed (he hadn’t) and was hurt (he wasn’t). I ran to his room in the dark and as I entered his room I whacked my little toe on his drum set. I immediately fell to the ground, cradling my foot in both my hands, rocking back and forth trying not to scream.

The next day my toe still hurt and I was limping. I didn’t realize how bad it was until I tried to put my shoes on for work. My foot had swollen, so I found my roomiest shoe and tried to stuff my foot in (I was part-time hourly and we desperately needed every dollar). I was determined to get that foot into that shoe, but my whole body rebelled. I became thoroughly nauseated. It wasn’t going to happen.

The Body of Christ

What we really need to do is respond to each other like my body’s first instinct the moment I broke my toe. My toe didn’t have to convince my body it was hurt. My body was in enough communication with all its parts that it knew the moment my toe broke. I fell to the ground, my hands covered my toes—a self-protective instinct to prevent further harm. My voice held back a scream. At first, I was holding my breath, my body rocked to dissipate the pain that my whole body felt.

I know that Paul’s point in describing the church as the “body of Christ” is that we all belong, we all have a part to play. Yes! The Christian church hasn’t been good at realizing that to this day. That topic will be another post for another day.

We Start By Caring

Before we can appreciate the reality that we have different roles in the Body of Christ, that we look and act different, that we believe and practice different, we first have to care about each other. We need to acknowledge that we are one whether we like it or not.  When we act as a body, we will know each other, we will be there when the other is in pain, we will give a damn. We will weep with those who weep, whether or not they interpret the Bible the same as we do. If one part exacerbates the pain, the rest of us should react to stop the damage that’s being done.

We are all imperfect. We are being transformed, so this is messy work. Even in the midst of the messiness, we can care and empathize, maybe even help, our brothers and sisters who are in pain. We can stop trying to press on as if nothing’s wrong. We need to stop telling people to pull themselves up by their bootstraps. How we treat each other is the gospel in action.

Do you see your sisters and brothers with whom you disagree as part of the same greater body–the body of Christ? Would this perspective change how you interact with people? Do people around you care about your pain like it was their own? How would you feel if they did?