The Need to Subvert Power

February 26, 2019 by MelisaB · Comments Off on The Need to Subvert Power 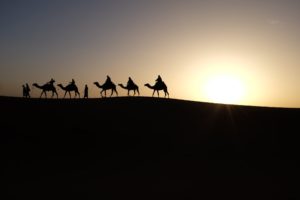 The account of the Magi has morphed over the years in its place within our Christmas celebration. Nativity scenes often include three kingly characters even though none of this is found in the story. This simple account has taken on so much extra that it’s easy to skip over the significant character of Herod. He deceitfully pretends to want to join them in worship as he demands this group of magicians to, “tell me when you have found him”. They ultimately use their power to subvert Herod’s.

For many Christians the the incarnation of God in the person of Jesus has become a character in our “children’s story” version of Christmas. Including a group of astrologers in the story might confuse children. A murderous and paranoid king is even harder to include without scaring the young. However, our edits to the story leave an important ethical lesson on the cutting room floor.

The Use of Power

Herod was known for wielding his power. He overtook the position of king by force in 37 BC. He consolidated his power and arranged for the deaths of close relatives who were in line for the throne. Herod’s rule started by a power grab and was maintained through ruthless protection of his throne. The injustice of his rule was overt and unapologetic.

The visiting magicians had a different kind of power. They were educated in astronomy, astrology, and they seemed to have a basic understanding of the messianic expectation of the Jewish people. They had enough economic power to be able to offer gifts of significant worth. These magi also paid attention to, and knew how to interpret their own dreams—whether delivered through mystical means, or that they knew how to listen to their intuition. Either way they rightly knew not to return to Herod.

These magicians didn’t seem to know about Herod’s paranoid volatility when they initially sought out their answers. So when this king demands that they return to him with information, it’s an act of rebellion for them to leave by another way. They used the power they did have to subvert Herod’s power. The magi didn’t have any political power to stop Herod’s massacre of the children. They didn’t have influence to convince Herod to worship Jesus. They did what they could, they worshiped Jesus and then kept the information they had from getting into the wrong hands.

Using the Power You Do Have

There will always be people who claw their way to the top only to abuse their power. There will also always be the helpless people who can’t get away quick enough from the unjust effects of tyrannical abuse. Do you find yourself in either of these positions? Or are you in the middle—in the position of having a type of power, like the magi?

There are all kinds of power that falls in the middle of these two extremes. Some have influence, intelligence, specialized education, a needed skillset, sharp intuition, endless compassion, financial resources, or many other ways in which we have a facet of power. The person in this middle ground may not be in a position to convince a tyrant to change his or her mind. That doesn’t mean you’re completely helpless either.

A Challenge to Consider

Let this account of the magi challenge you to consider the way in which you have power. How can you wisely use this power for the benefit of the oppressed? Who are the tyrants in your sphere? It may be a system of networks or it may be a person. How can you subvert evil power through action or inaction? You may not be able to stop whole systems of injustice, but you may play a role in one part of the story of redemption.

Who are the people around you who need help? What do you have that you can offer them?