Here I Am, Send Me 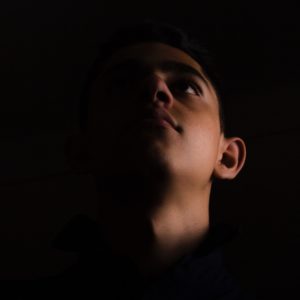 Luke tells us about the time Mary and Joseph lost Jesus in Jerusalem at Passover time. There’s a lot in this text. The theme I see today is the similarities between Jesus and Samuel. This is probably around the age Samuel was when God called him. Samuel answered, “send me.”

Luke is characteristically the gospel to the gentiles. In this gospel we find the most detail surround the birth of Jesus. We find the most interactions with gentiles, and Luke addresses this writing to Theophilus. Theophilus means lover of God and could be a person’s name or could be any Greek reader. This backdrop of direction toward the non-Jewish reader is what makes these parallels so interesting to me. I find it interesting because a parallel to Samuel would be recognized more readily by a Jewish reader, so we see that Luke has both cultures in mind as he writes.

In my last post, Rejoice in Answered Prayer, I wrote about the similarities between Mary’s song and Hannah’s song. Mary also included some prophetic phrases in her song from Isaiah. The phrase at the end of this passage (Luke 2:52) seems like it’s placed there to grab the attention of those who would be familiar with Samuel.

Hannah brought Samuel to live at the temple as a young boy where he was trained by Eli to be a priest. At some point, Samuel was called to serve God and he received that call. We don’t know much about the childhood of Jesus, so this text is an interesting window into this part of his life. There’s a lot of ordinary life going on here…travel, family, irritation. At the end of this story, I see a nod to Samuel’s call.

Jesus is asking questions of the priests and he’s contributing to the conversation. He has a sense of call to be at the temple. In the Jewish culture, thirteen would be the age when boys would start their apprenticeship for their vocation. For Samuel it was direct—he was dedicated at a young age to learn from Eli. At some point that calling became his own. Jesus also had this calling, but it seems as though this slipped Mary’s mind. Maybe she didn’t fully understand how the angel’s prophecy about Jesus would play out. By the end of this interaction, the oft repeated phrase that she treasured these things in her heart, shows us that she’s learning what all these things mean. Jesus, like Samuel, is aware of his call and responds.

Both Samuel and Jesus were initiated into their new sense of call with uncomfortable conversations. Samuel’s call included dire information about Eli’s sons. They had abused their power and they would die premature deaths. Eli senses something is up and insists Samuel tell him everything. What an intimidating start to Samuel’s call as he tells Eli this dark truth. Jesus responds to his call and is then accused of dishonoring his parents—a serious accusation in an honor / shame culture.

Often the right thing isn’t the easy thing. Sometimes it’s the thing that the people closest to us won’t understand. Reflect on the impact you want to have on the world. Pursue God, think about what moves you, and what disturbs you.