God is on Your Side 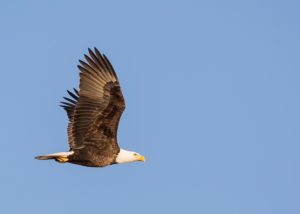 This short Psalm is a Psalm of thanksgiving to the Lord, who delivered the people of Israel from certain death. I don’t know if this was originally written about a specific victory. Psalm 124 is one of the Psalms of Ascent, which were sung each year as the Jewish people returned to Jerusalem for Passover. This song reminded each generation to remember God as their deliverer from many instances of oppression.

A quick reading of this Psalm sounds as though trusting in the Lord is some kind of force field against the troubles of life. This isn’t a shortcut to a life of health and wealth. The history of the Jewish people shows us that there were conflicts and enslavements that lasted for generations. The history shows us that this Psalm isn’t a pat answer, but rather a deep commitment to giving praise to God. They are recognizing that their fate, as bad as it was, could have been worse. This Psalm portrays their arrival at a radical acceptance and gratitude, which certainly wouldn’t have been an easy journey.

So, how does this apply to us today? Do we just declare God as on our side against our political adversaries? What if there are people who follow God on both sides of the political conflict? There usually are.

God isn’t a part of your political party. We don’t summon God to join us, God calls us to join in with what God is doing. The people who wrote this Psalm had been oppressed and were eventually delivered. As I wrote about in Defender of the Poor, God comes to the aid of the oppressed. Not as a force field, but as one who was also oppressed. God meets you in the suffering, comforts you there, strengthens you, and sometimes brings physical deliverance.

The difficult part about this Psalm is the determination to see God’s love in the middle of oppression, and to be thankful even if everything is stacked against you. Our help is in the name of the LORD, who made heaven and earth.