Generosity of the Poor

January 5, 2019 by MelisaB · Comments Off on Generosity of the Poor 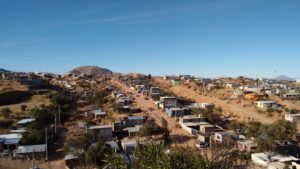 God doesn’t need us to be God’s venture capitalist. Maybe that’s so obvious as to be comical. On the other hand, some may see their acts of charity as crucial in the grand scheme of things. The rich might go so far as to publicly deride the generosity of the poor for their inability to do much financial good with their meager donations. That contrast is the point of this lesson.

More than just a philosophical mind-game, this story reminds me of an experience I had in seminary. In 2015, one of my required classes was an immersion trip. I chose to go to Mexico. We didn’t go to “luxury vacation” Mexico. We went to very poor cities, that had a mixture of dirt roads and paved. There were modest, but nice, houses not far from houses cobbled together with plywood. This trip changed my outlook on many things. I also met some of the most gracious, and generous people along the way. I received the kind of generosity that Jesus is talking about in this text.

With each person we visited I heard about the work my hosts did or used to do, we shared many meals, and we heard many stories of hardship. Some themes came up over and over. Embedded in the stories of hardship were the proclamations of their faith. Many of those in poverty were doing something to help those poorer than themselves. The sharing of the meal itself was an experience of receiving abundant generosity.

We were told by our tour hosts that most people we would visit can’t afford to buy meat regularly. This would be something they would only do for a special occasion. Our visit was a special occasion. We ate knowing this meal was a luxury. I’ve eaten much fancier meals that didn’t fill me with as much gratitude. Meals were a gift and they were given with a kind of welcome and hospitality that I found everywhere in Mexico.

We heard stories. We heard from farmers who can’t compete with American corporations. These corporations create a monopoly by flooding the market with low priced produce. Our anti-monopoly laws don’t apply in Mexico. Then farmers are offered pennies on the dollar to sell their coffee beans to American distributors. We heard stories of farmers who can’t feed their children.

We heard stories from people who worked in local non-profits. They were teaching people marketable skills. Some of these were displaced people, some were former farmers, some were women, all were unable to make a living wage. These stories impacted me. I started to buy direct trade coffee through a Mexican farmer’s co-op.

We heard stories of people who were “getting in line” to immigrate to America the way immigrants from other countries do. After paying hundreds of dollars they find there is no line for Mexicans who don’t have money, or a job already lined up. Instead of finding this out in a straightforward way, they pay money every year to not lose their place in a line where they will likely never advance.

We worked alongside the non-profit that received people who were newly deported. Some of whom had their belongings stolen by the private prison or the border agents. There were newly deported people who had been intentionally separated from their family who were simultaneously being deported miles away. Some of these people weren’t Mexican, didn’t speak Spanish, had no money and no way to contact their family. This non-profit worked daily to help people reconnect with family, translate when necessary, and advise people on how to get home.

This was in 2015. These stories to me aren’t about partisan politics, they’re about people. Yet, our politics, our monopolizing capitalism in their country, our criminalization of a people group who are trying to survive, are oppressive. Their poverty is in part due to our trade practices. They’re not taking our jobs as much as our corporations are taking their jobs.

The most memorable part of this trip was the hospitality, the laughter, the tears, and sharing meals with people. These meals were delicious, but they were expensive to those who provided them. Yet, the meals were offered generously without any hesitation.

Generosity of the Widow

Bringing this back to our text, the widows of that day were also in poverty. They should have been cared for, instead they were left to beg or fend for themselves. They were probably economic victims of the money lenders that Jesus so memorably drove out of the temple. Once again we see that God is a defender of the poor.

Jesus is pointing out that although this widow has nothing, she’s still giving, and it’s a more meaningful sacrifice. He’s lifting up this act, but it’s also an indictment on a society that doesn’t care for those in need.