Galileans, Fig Trees, “Illegals”, and You 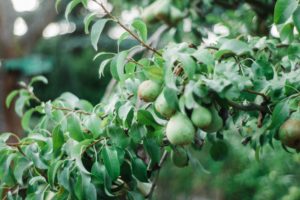 Was Hurricane Katrina really God’s judgment on New Orleans? How about the 1906 earthquake that devastated San Francisco—was that a judgment on the Barbary Coast? When tragedy strikes people are quick to assign a moral cause. Luke 13:1-9 shows us pious judgments designed to explain away bad things. This reflex goes way back.

We don’t know much about the incident between the Galileans and Pilate. It would have been normal and common for Jewish people to offer sacrifices in the temple. Pilate had a history of oppression and disregard for their worship practices. He appropriated some of the temple money for his own projects and made sure the image of Caesar was prominent. This attack on the Galileans might have been unprovoked or Pilate may have feared an uprising.

When tragedy strikes some people try to distance themselves outwardly or inwardly. I think we’re seeing both kinds of distancing here. The victims in this story are known as the Galileans. Rumor has it they may have done something displeasing to God.

In addressing this perspective, Jesus tells these people that God isn’t capriciously delivering tragedies to address sin. Not only that, he points out that everyone sins, so if God were doling out these kinds of punishments, nobody would be safe.

Desecrating the Image of God

Those who suffer are not worse sinners. Misfortune is not God’s wrath. This is the kind of thinking from which Job’s friends gave advice. People who assign this kind of blame are assuaging their own fear in the face of an uncertain world. They need to believe the mantra, we’re the good guys, they’re the bad guys. People want tangible evidence that bad things won’t happen to them.

There are still people today looking to moralize tragic situations. Aside from viewing natural disasters as God’s judgment, people also do this in response to oppression. There are border prisons holding more people than they were designed to hold. Within these overcrowded holding cells, our country has warehoused people of every age without proper food, shelter, or medical care…to name just the major grievances. Some of these people are asylum seekers, some are citizens, and some are undocumented. Some people in this country categorize these captives and the worst is suspected. This is the same kind of distancing we read about in Luke’s story. These people detained at our border aren’t worse people, even if they are undocumented. If our government desecrates the image of God in these people for their own financial gain, that doesn’t mean God endorses those grievous acts.

Parable of the Fig Tree

In what sounds like the biggest non-sequitur, Jesus talks about a fig tree that is about to be cut down because it isn’t bearing fruit. At first, this sounds like he’s contradicting his original point. Is he saying if they don’t shape up they will also have tragedy? I don’t think so. I believe he’s talking about something less obvious but possibly more important.

A fruit tree has one job…to produce fruit. A fig tree that doesn’t bear fruit is as worthless as a burned-out lightbulb. Often the kind of people who assign “God’s judgment” to those who experience tragedy feels like they’re safe because they’re good people. This kind of moral high ground is built on the belief that they’re doing exactly what God wants. Their evidence is that things are going well for them. However, riches, wealth, success, ease…none of these are how we measure our relationship with God.

In Paul’s letter to the Galatians, he tells them how they can measure their relationship with God. Galatians 5:22-23 lists the “fruit of the spirit” as “love, joy, peace, patience, kindness, generosity, faithfulness, gentleness, and self-control.” As we reflect on the parable of the fruitless fig tree, we should solemnly reflect on this list. This list in Galatians describes the “fruit” of a mature Christian life.

Jesus does warn the crowd that they too could suffer, but worse than that they can lose touch with God. They may keep believing they’re the voice of God, but it may become obvious to everyone except them that they are hollow, fruitless, and irrelevant. This isn’t to say that everyone who agrees with me politically is bearing fruit and everyone who disagrees is fruitless. It’s more subtle than that.

In the parable, there is a gardener who wants to give the tree every possible chance. This is a tree on the owner’s property that should already have fruit on it. This doesn’t represent some “heathen” over there. Jesus is talking about the people whose lives should reflect the relationship with God that they supposedly had. This fig tree also represents present-day Christians whose lives don’t reflect the Spirit’s attributes that Paul describes in the letter to the Galatians.

Jesus is giving us an elaborate object lesson addressing anyone who casts shallow judgment on others. This us vs. them kind of thinking discounts the reality that God loves everyone. We have a way of identifying the people that are just beyond God’s love. Once we do that we can find evidence to support our belief. This crowd found that distance in the untimely deaths of these Galileans. God’s mercy is for everyone. Jesus wants them to see the error in their thinking so they don’t become numb. Jesus asserts that there’s a timeline on helping this tree bear fruit. Let us read this parable Jesus tells and experience the sense of urgency.